Polish your space boots and prepare for the adventure of a lifetime with the game that’s taken the app stores by storm.

Join our space jumping hero as he sets off across the galaxy on an amazing journey to find a new home.

Use the super simple one touch control system to leap from planet to planet, undertaking challenges and collecting as many stars and power ups as you can along the milky way.

With unlimited gameplay possibilities, challenges, stunning graphics, a host of unlockables and much more, Little Galaxy will draw you into its enchanting orbit like no other game.

It’s galactic! A game that just may remind you of Super Mario Galaxy. One-touch controls propel a young, enterprising astronaut on an adventure to find himself a new home planet. Looks like it captures the sense of fun of playing around with lessened gravity in outer space rather well

With its gorgeous graphics, cheerful sounds, and fun physics, Little Galaxy has become a game that I’m really enjoying. It truly is flawless.

Little Galaxy has all the ingredients of a portable classic: it’s fun, attractive, and taxing enough to be addictive without putting off casual players.

Game of the week! Fun to listen to, gorgeous to look at, and super fun to play…Developer Bitmap Galaxy has a definite hit on its hands here. 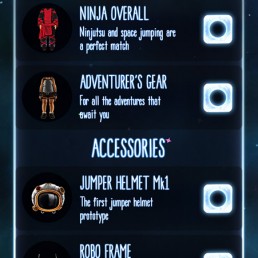 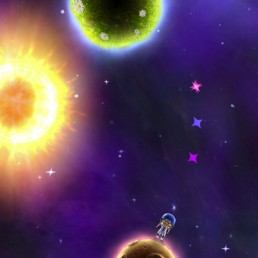 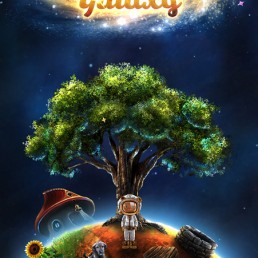 Little Galaxy has won several awards, it was featured by both Apple and Google and got more than 1.5 millions of installations all over world. 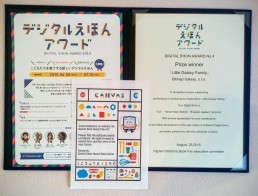 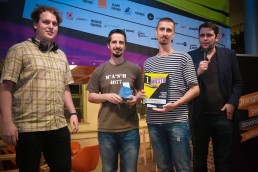 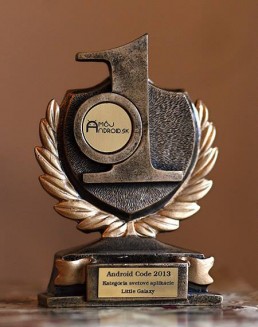 One of the biggest motivations for creation of Little Galaxy was the desire to create something nice and positive. These days there are too many games focused on the negative spectrum of human experience. We wanted to balance this out, at least a little bit.

Although Little Galaxy is not a project aimed only on young audience, it's only natural that it has found many young players. Also responsible parents are always on a lookout for games, where their offspring can play in "safe environment", so we got some coverage on sites focused on games for children. So while searching for an interesting marketing idea coloring books came as a perfect match to our project.

Little Galaxy proved to be rich material for a coloring book, so we haven't had any problems to choose artworks of characters and planets. Books were used as prices in various small quizzes and competitions. Their purpose was to be an engagement booster on social media and they were received very well.

If you are interested, you can download the coloring book on the link bellow. Also don't hesitate to email us your creations. There is always room for more colors in space. 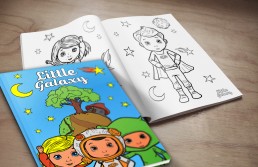 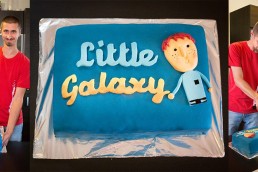 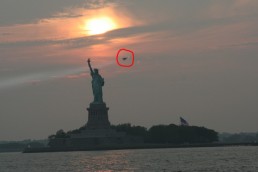 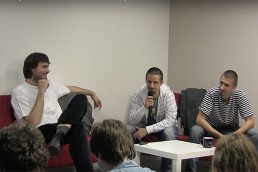